Event: Public Lecture Series
​Speaker: Gunnel Cederlöf, Professor, Linnaeus University
Time: 13:00-14:30, 16 January 2020
Venue: Room 10.4.05, KUA2, Building 10, Karen Blixens Plads 8, 2300 Copenhagen
Abstract: This talk focuses on flows. It discusses mobility across large and interconnected regions in Asia. The extensive territories between northeast India, Bangladesh, Burma/Myanmar and southwest China have among the world’s most varied natural and socio-political conditions. From the Brahmaputra to the Mekong, and from Tibet to the lowland river basins, nature is extremely diverse. High-value goods have travelled with caravans across the landscapes for at least a millennium within what is known as the south-western branch of the Silk Road network. Together with people and animals travelled also items, wealth, labour, alliances, merchant and religious groups, beliefs, networks, kinship, behaviour, and anything else that that could move along the communication routes.

These territories, people and societies were therefore under the impact of transformation at near and long distances. In the late 19th century, three empires – the Qing, the British and the French – were fast closing in on the large, multi-polity and multi-ethnic hill region connecting southwest Yunnan, east Burma, and north Laos, known as the Shan-Dai region. As a consequence of changing global politics, they all had China’s markets in mind – either to conquer or to protect from foreign interference. 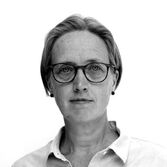 Biography: Gunnel Cederlöf is Professor of History at the Linnaeus University, Centre for Concurrences in Colonial and Postcolonial Studies. She is a historian of modern India, focusing on colonial, environmental, and legal history. Among her publications are: Founding an Empire on India’s North-Eastern Frontiers, 1790-1840: Climate, Commerce, Polity (2014),  Landscapes and the Law: Environmental Politics, Regional Histories, and Contests over Nature (2008, 2019), Bonds Lost: Subordination, Conflict and Mobilisation in Rural South India c. 1900-1970 (1997, 2019), At Nature’s Edge: The Global Present and Long-Term History (2018 with M. Rangarajan), Subjects, Citizens and Law: Colonial and Independent India (2017 with S. Das Gupta), and Ecological Nationalisms: Nature, Livelihoods, and Identities in South Asia (2006, 2014 with K. Sivaramakrishnan).
The event is open to the public but requires registration.
REGISTRATION
If you have any questions, please contact Dan Vesalainen Hirslund (hirslund@hum.ku.dk) or
Prem Poddar (prempod@ruc.dk)